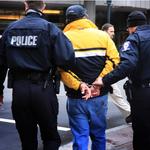 The law and its processes all serve its citizens in the interest of justice. Sometimes, however, these processes can be abused, and you may find yourself suffering as a result of another party’s actions and legal ignorance.

If you were charged with a crime by the police or a private entity and later you were either found not guilty or had the charges dismissed, you may have a claim for malicious prosecution. Malicious prosecution occurs when you are intentionally accused of a crime without probable cause and are later exonerated. We have had a tremendous amount of success representing individuals that were wrongfully prosecuted by store security for shoplifting. If you were prosecuted and found not guilty after being wrongfully charged with a crime you did not commit, please contact our office today.

Probable cause to arrest is an absolute defense to any claim, or wrongful arrest, false imprisonment or malicious prosecution, even if the defendant officers or arresting party are alleged to have acted maliciously or for a racially biased reason.

“Although probable cause is often a mixed question of law and fact, it becomes a question of law when the undisputed facts are sufficient to create probable cause. Ornelas v. United States, 517 U.S. 690 (1996). An identification or report from a credible victim or eyewitness, without more, can provide a basis for probable cause. See Woods v. City of Chicago, 234 F.3d 979, 996 (7th Cir. 2000).”

Police Misconduct – $2,300,000 verdict for a police officer who was falsely and maliciously prosecuted based on a personal grudge. Plaintiff worked part time as a security guard at a bank and was accused by a fellow police officer of clocking in at the bank and then leaving. However, bank representatives denied that the officer had done anything wrong. The police department went ahead with arresting and charging this officer as well as suspending him without pay. Plaintiff was acquitted of all criminal charges in October 2007 but the police department would not allow him to return to his job. Through our efforts we were able to uncover that in fact, it was one officer who falsely accused our client due to a personal grudge against him.

Wrongful Shoplifting Charges – During the last year our office has recovered large sums for three separate clients that were wrongfully accused of shoplifting at Jewel, Dominick’s, and The Westin. All three of these clients were wrongfully charged by the store security personnel of stealing items less than $5. All three clients were found not guilty in the criminal trials brought by the store owners and they contacted our office. We filed lawsuits and were able to prove that the store security personnel acted wrongfully and without cause and all of our clients recovered rewards from the store owners up to $50,000 in each instance.